Whether it’s a human or an animal in an emergency, they always want to grab the straw that can save their life!

When a foreign netizen named Kai Survance went fishing with friends, he accidentally witnessed a sea turtle being chased by sharks to eat not far from their boat, struggling continuously. When it finds a human boat, it also tries to want to climb into a boat for help! 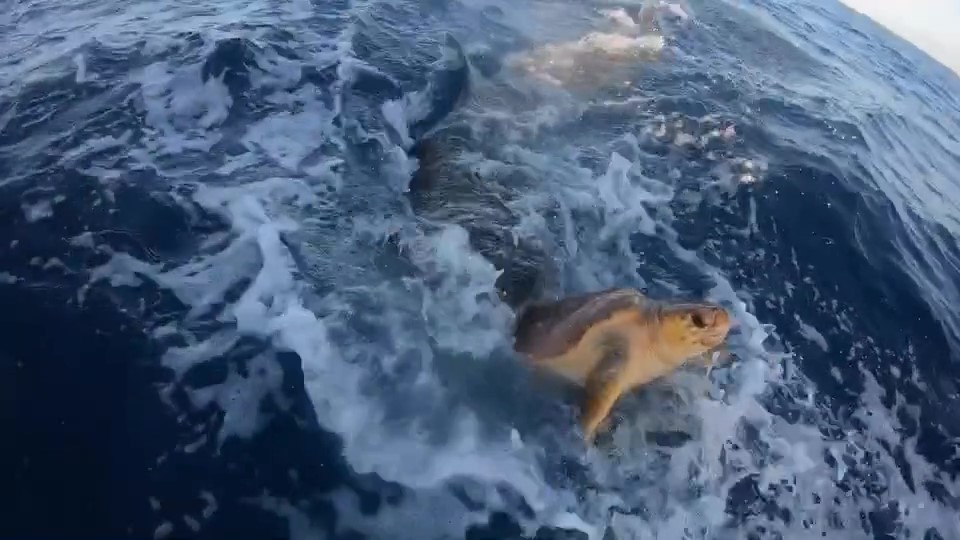 At that time, Akai and his friends were fishing in the waters near Abaco Island, Bahamas (Abaco, Bahamas). They came across a sea turtle being chased and killed by a tiger shark.

The back half of its body had entered the tiger shark’s mouth. Wanting to bite, but the turtle desperately wants to get out, and the struggle of a turtle and a shark gets closer and closer to Akai and their boat… 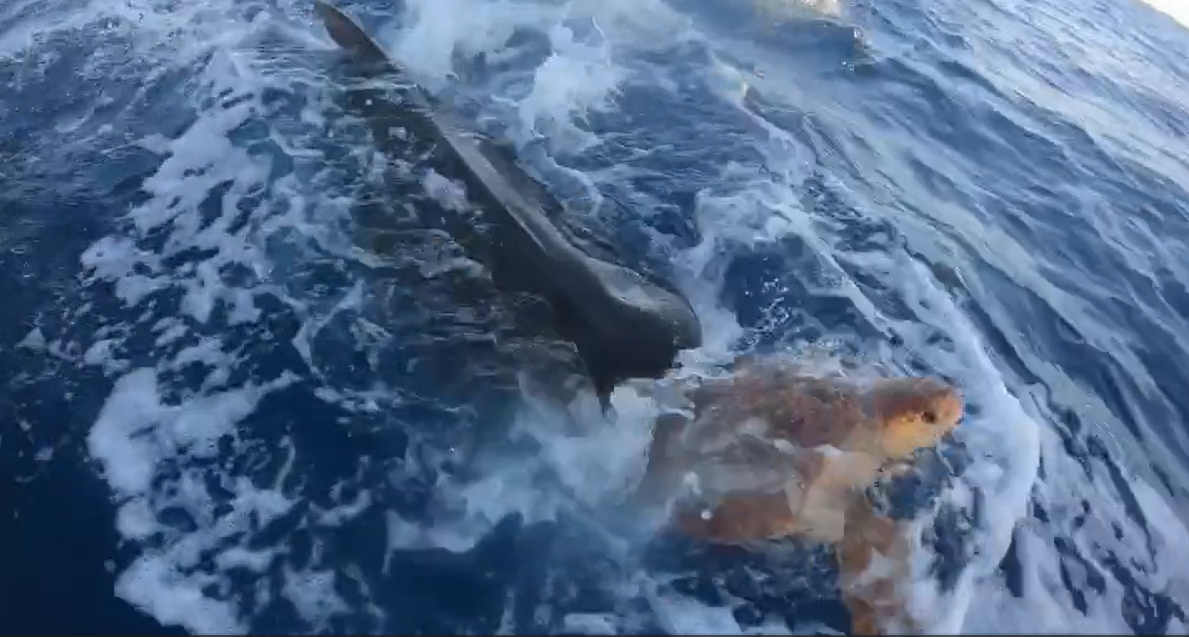 Faced with such a situation, a few big men couldn’t help but cry out, then saw the turtle clinging to their boat, opening its mouth continuously, as if calling for help, Akai and the others could not bear it. and decided to help the turtles! 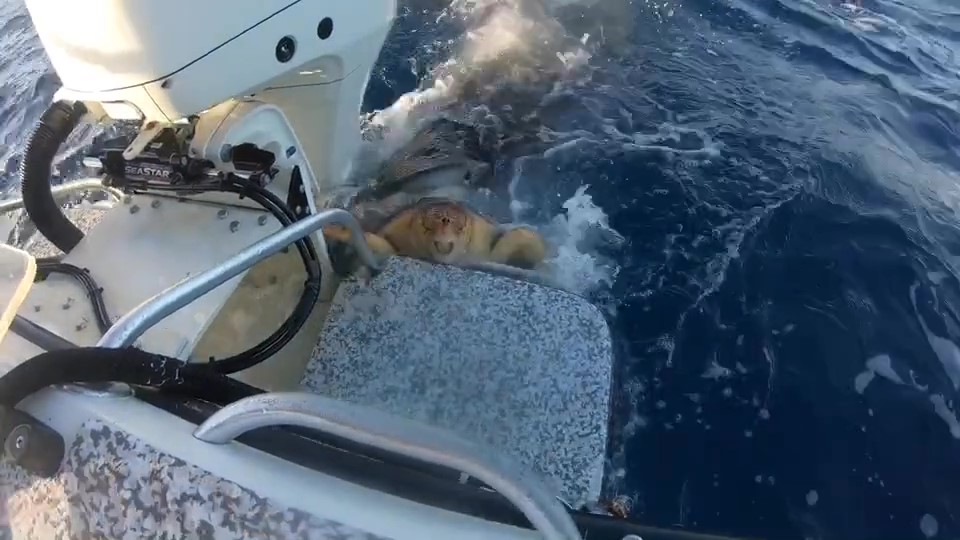 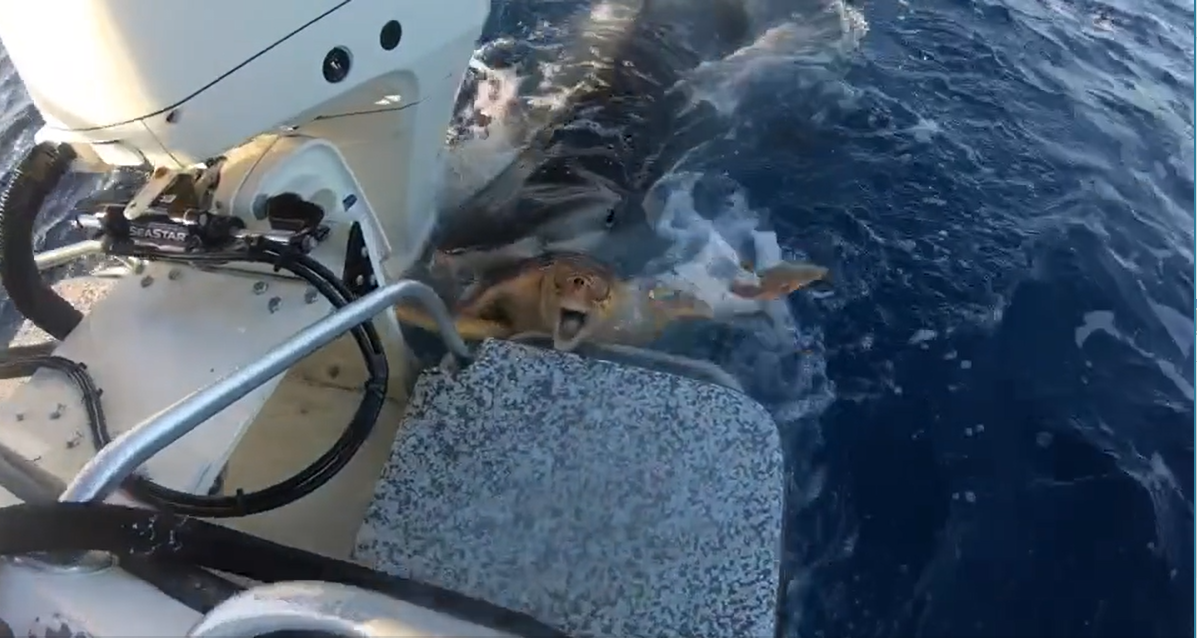 Then they brought the turtle onto the boat. Fortunately, the turtle appeared to be okay except for its flippers being bitten by a tiger shark, and the turtle seemed to breathe a sigh of relief. 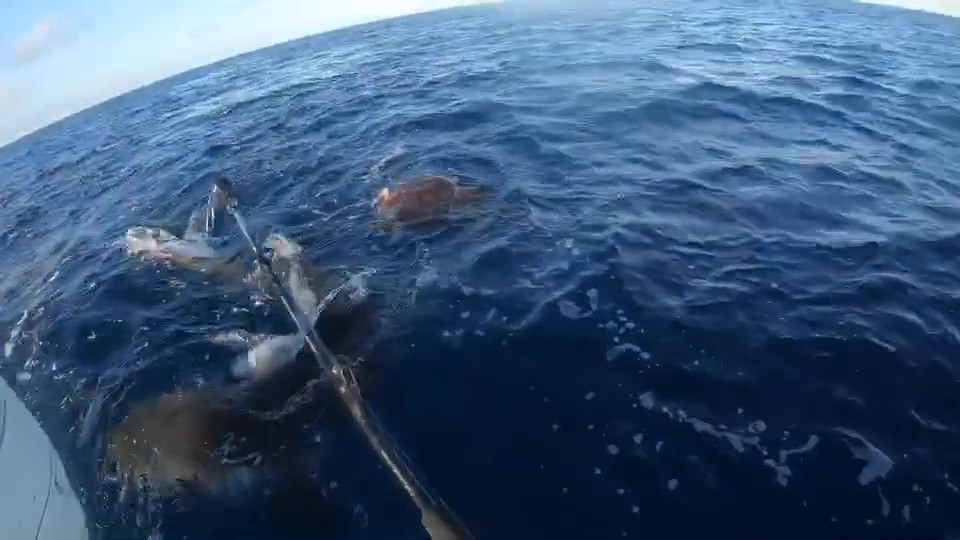 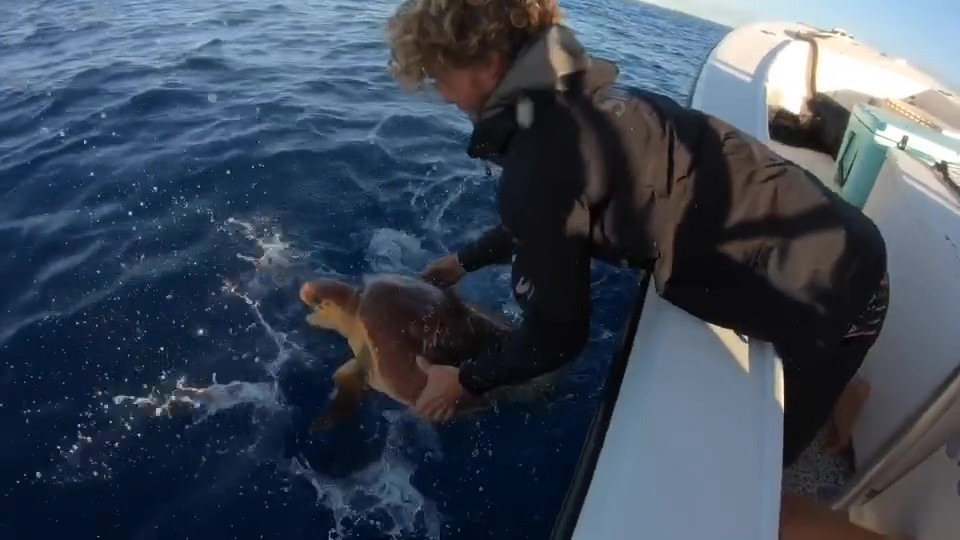 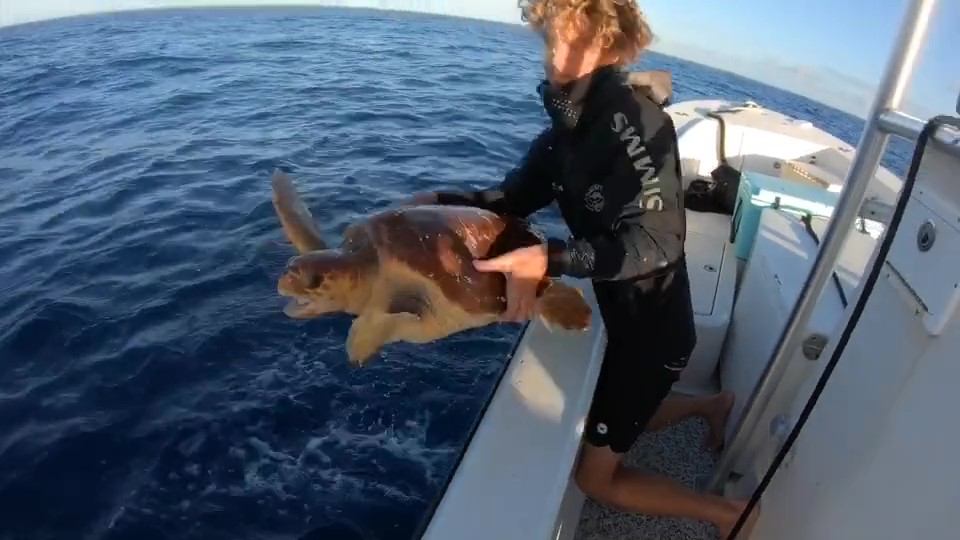 Immediately after the video was released, netizens were also extremely worried and stunned. They were extremely shocked by the close-up of tiger sharks hunting: 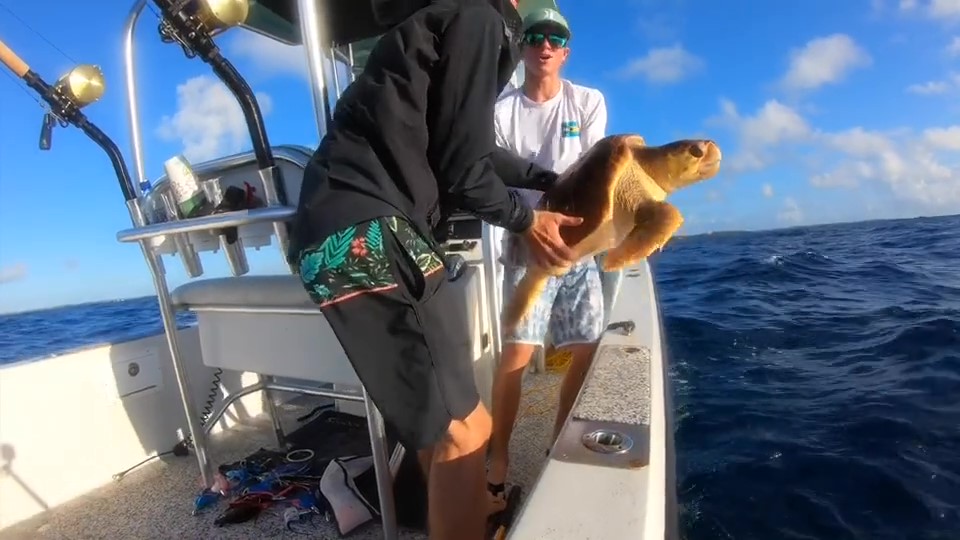 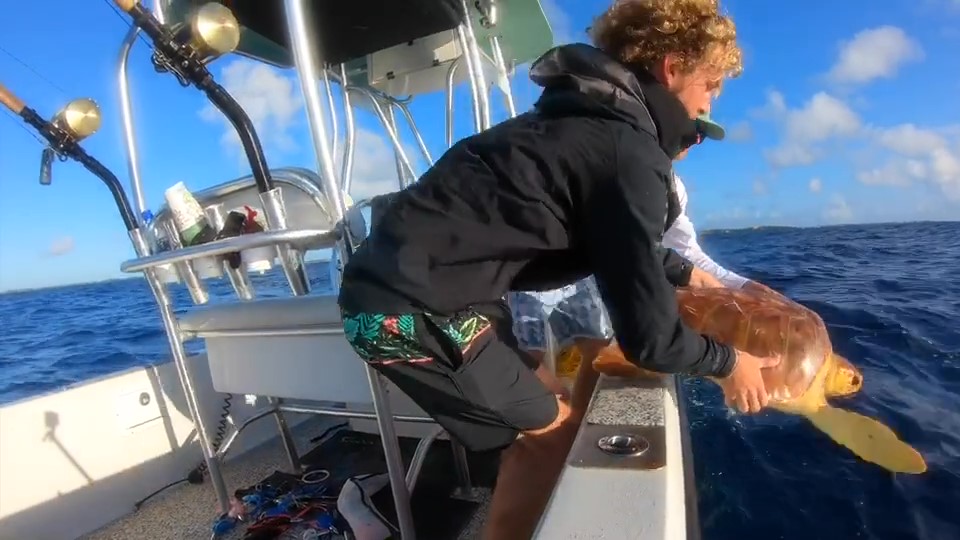 “The poor turtle tried to jump into the boat to be safe”, “The turtle is really asking for help”. “Even though I know this is a natural law, I still can’t bear to see sea turtles cry for help.” Of course, there are also some opinions that the Akai group is interfering with nature: “Does anyone feel sorry for the tiger shark when its food is stolen?”, “You save the turtle, what are the tiger sharks doing? do you eat?”, someone thought: “Turtles are endangered, but tiger sharks are not, so thank you for what you did, even though you took away the shark’s food”, ” Tiger sharks should be able to find other food as well.”